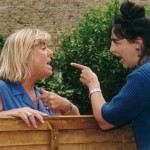 that one in five people have actually trimmed their neighbours hedge without asking permission?

On 28 March 2013 a Bill to make provision about hedges which interfere with the reasonable enjoyment of domestic properties was debated and passed by parliament in Scotland.

Here’s what the bill does and what you need to know:

Feeling happy in your home should be a top priority, so take action towards the upkeep of your property and ensure your garden hedge doesn’t literally come between you and your neighbour.

Contact Cairns Tree Surgery for a free health check or no obligation quote on Hedge Trimming, Reduction or Felling today.

A wee reminder of rules on Garden Hedges so you don't let your garden come between you and your neighbour 🌳♥www.cairnstreesurgery.co.uk/index.php/rulesonhedges/tree-care-services ... See MoreSee Less

Guess how high the auld guy is!?!Enjoying the spring sunshine in Bearsden. ☀️☀️☀️Now’s the time to get your trees and hedges in order! Send us a DM and we’ll get you booked in 👍🌲☀️ ... See MoreSee Less